On the floor of a dark room, we see a treasure chest. Suddenly, a glowing ball of light comes out and hovers over to a creepy-looking court Jester dressed in purple and yellow clothing (hat-bell and all) who is asleep. Talking in squeaky gibberish, it wakes the Jester up on the start, the camera follows the ball around the Jester (who looks like we are in some kind of filming studio with a projector running in the background) simply watches in wonder. Then, the sinister-looking Jester grumbles darkly at the ball while it hovers around still talking gibberbish. The camera then zooms to the Jester as the ball stops moving in front of him. Then the Jester jerks his head back giving out an loud, evil sounding laugh then suddenly eats out the screaming ball. Then the Jester starts shaking as lights beam out his face. What follows is that the Jester explodes into a load of bubbles with only his white eyes hit the screen and roll down while the Jester's hat slowly floats down as we see the now empty projector studio fading out to a black background to reveal the Jester Interactive Logo (a pair of glaring white eyes under the yellow and purple hat with styled writing "Jester" below) inside a white outline.

Medium to Nightmare. The sinister Jester, the darkness of the logo and the explosion will certainly scare more than a few. However, this logo will also be more confusing than scary to many viewers. 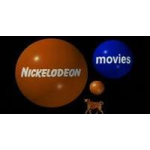 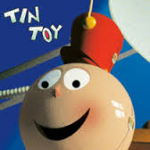