Blender
Register
Don't have an account?
Sign In
Advertisement
in: Television series by studio, Fox Entertainment Group, Studios,
and 12 more

Not to be confused with the television network, Fox Broadcasting Company.

On January 17, 2020, it was announced that the "Fox" name would be dropped from several of the Fox assets acquired by Disney. However, the renaming of 20th Century Fox Television, 20th Television, and Fox 21 Television Studios was not made clear. 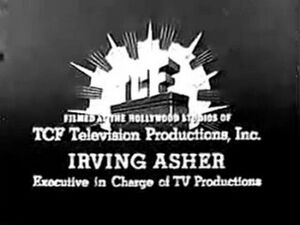 This variant shows the already formed logo, until the word "TELEVISION" appears on-screen, zooms out and is placed over the word "CENTURY". This was the logo based off the respective variations of 20th Century Fox Film Corporation.

2013-2020
Community content is available under CC-BY-SA unless otherwise noted.
Advertisement